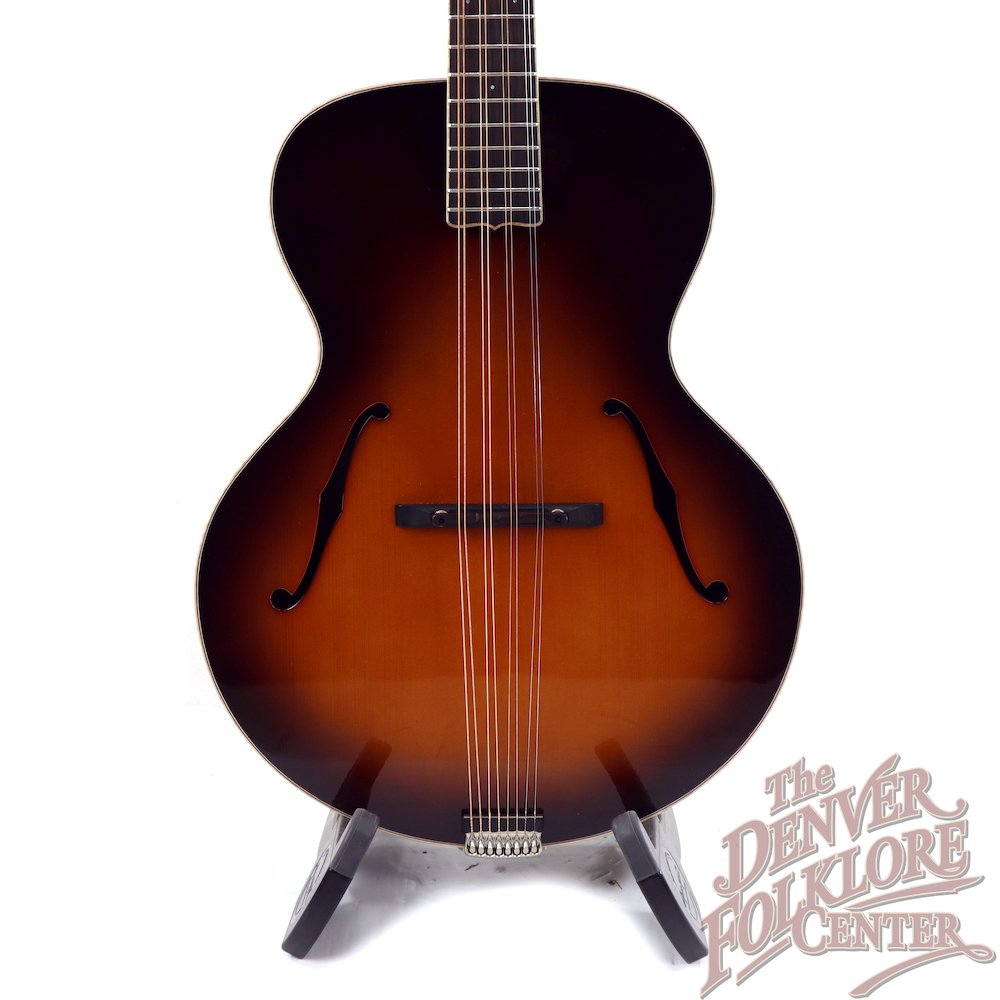 Kilin Reece has built quite a reputation for himself as a builder of non-traditional instruments from the mandolin family, and after introducing the Mandolindo last year, he's made his return to the octave mandolin with the Octolindo in 2021. Unlike some of Kilin's previous octave mandolins, the Octolindo is an archtop instrument with F and G holes, for a more dramatic attack and decay than a round soundhole might give you. This makes the Octolindo an different sort of instrument with an exciting new sound profile that can be used for playing any sort of music - there are no limits other than the player's imagination. This one, the Octolindo Deluxe, is the most spectacular of the three models we currently carry, with a sunburst top and striking Indian rosewood on the back and sides. The premium tonewoods give the Deluxe a huge, rich, guitar-like sound while retaining the unique character of a mandolin-style instrument. Included in the price is a hard-shell case.