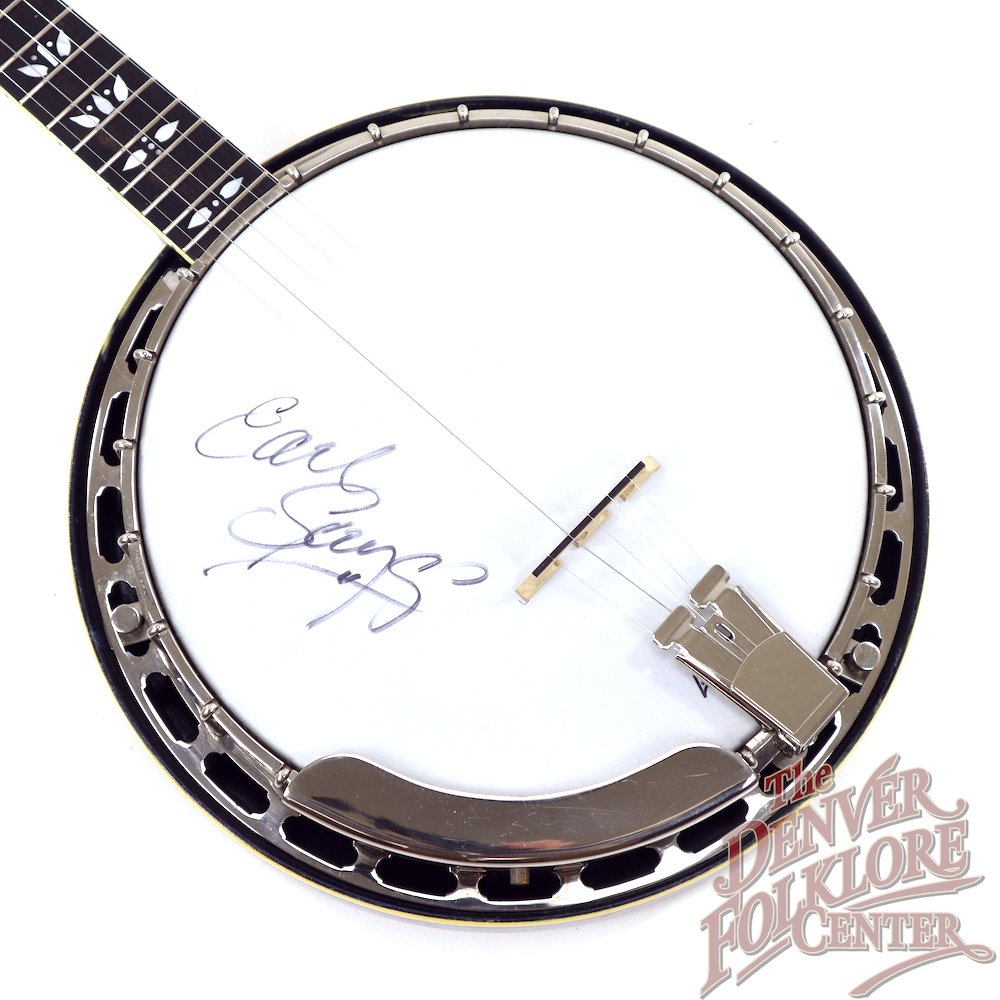 Before the invention of bluegrass, four-string tenor banjos were the most common type of resonator banjos in production - the resonator allowed the banjo to cut through the sound of a big band ensemble, where tenors were generally used. Nowadays, most of us who play a resonator banjo are more interested in playing bluegrass, so converting fine tenor instruments from the pre-war period into five-strings has become commonplace and gives the modern three-finger player access to an excellent, well-built instrument that would have otherwise remained unsuitable for Scruggs-style banjo. This beautiful TB-11 from about 1935 is one example of a conversion done right, with the splendid, played-in cuts of maple on the pot and resonator pairing extremely well with a new Frank Neat mahogany neck. It has a bright but rounded tone perfect for traditional bluegrass, with nice clarity and definition in every register. We're not sure how long ago the conversion occurred, but the evidence of playwear on the neck seems to indicate that the new components are already nicely broken in. Additionally, the Keith tuners on the third and fourth strings add a little extra feature that enables players to knock out authentic versions of "Earl's Breakdown" or "Flint Hill Special". Finally, the fretboard inlays are replicas of the original inlay pattern and visually suit the banjo very well.

This TB-11 plays quite well and shows no obvious evidence of significant repairs since the conversion. The pot, resonator, and hardware (other than the tuners and the tailpiece) are all original. We do not believe that the Earl Scruggs signature on the head is authentic, but its authenticity cannot be definitively determined. We consider this instrument to be in excellent condition. Included in the price is a non-original Superior hard-shell case, which is quite protective and fits the banjo quite well.