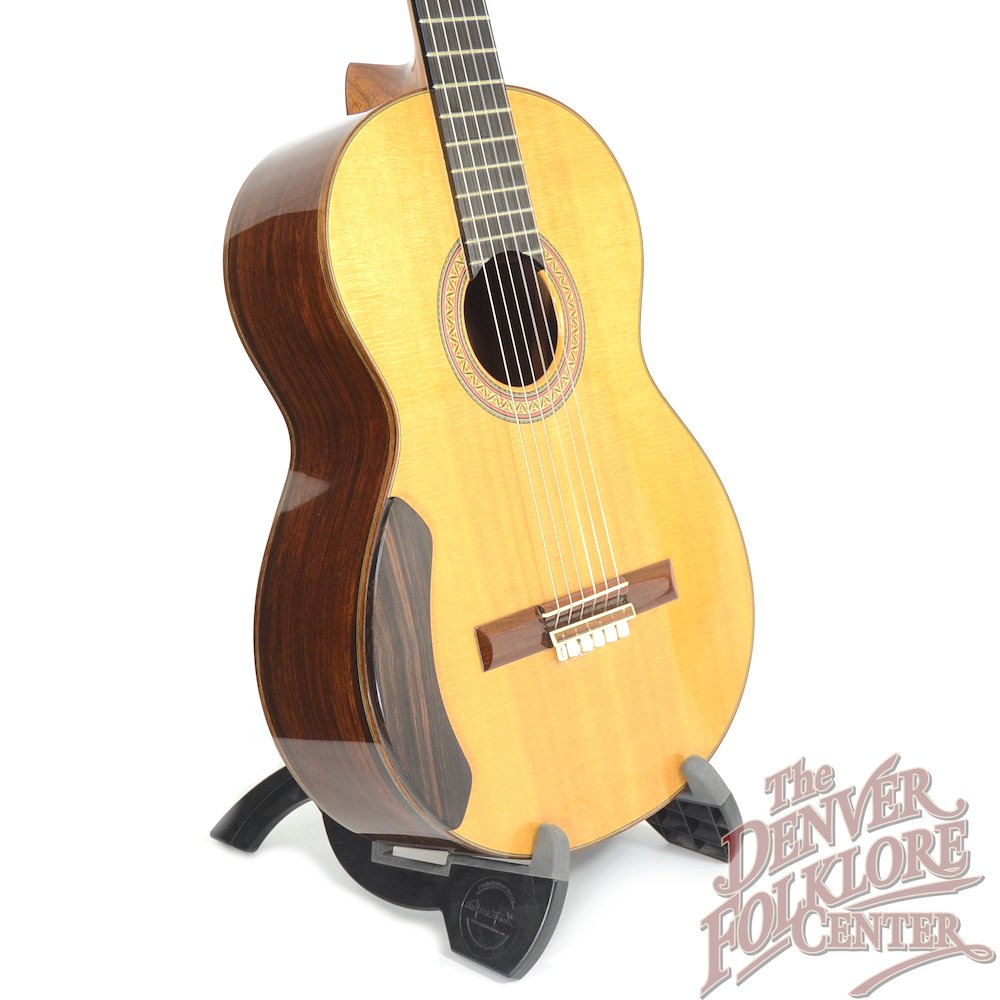 This is a rare guitar conceived in Gibson's custom shop and built by notable luthiers Mike Bakeberg, Valerie Bolitho, Ren Ferguson, Kevin Kopp and Phil Sagama for the 1998 NAMM show. It is made from Spruce and Brazilian rosewood with an ebony fingerboard. This was intended to be Gibson's foray into the high end classical guitar market and was one of only a handful made to show to Gibson dealers what they were capable of making. There is some slight play-wear on this, including a bit of pick (or fingernail) markings on the treble side of the soundhole, some light button rash on finish in the back and on the treble side of the waist, and a small amount of crazing in the finish. All-in-all, a very clean instrument. This has had an aftermarket rosewood armrest added somewhere along the way, as well as a small piece of tap-plate material just below the bridge to protect the top wood during string changes. It includes the original hard shell case.