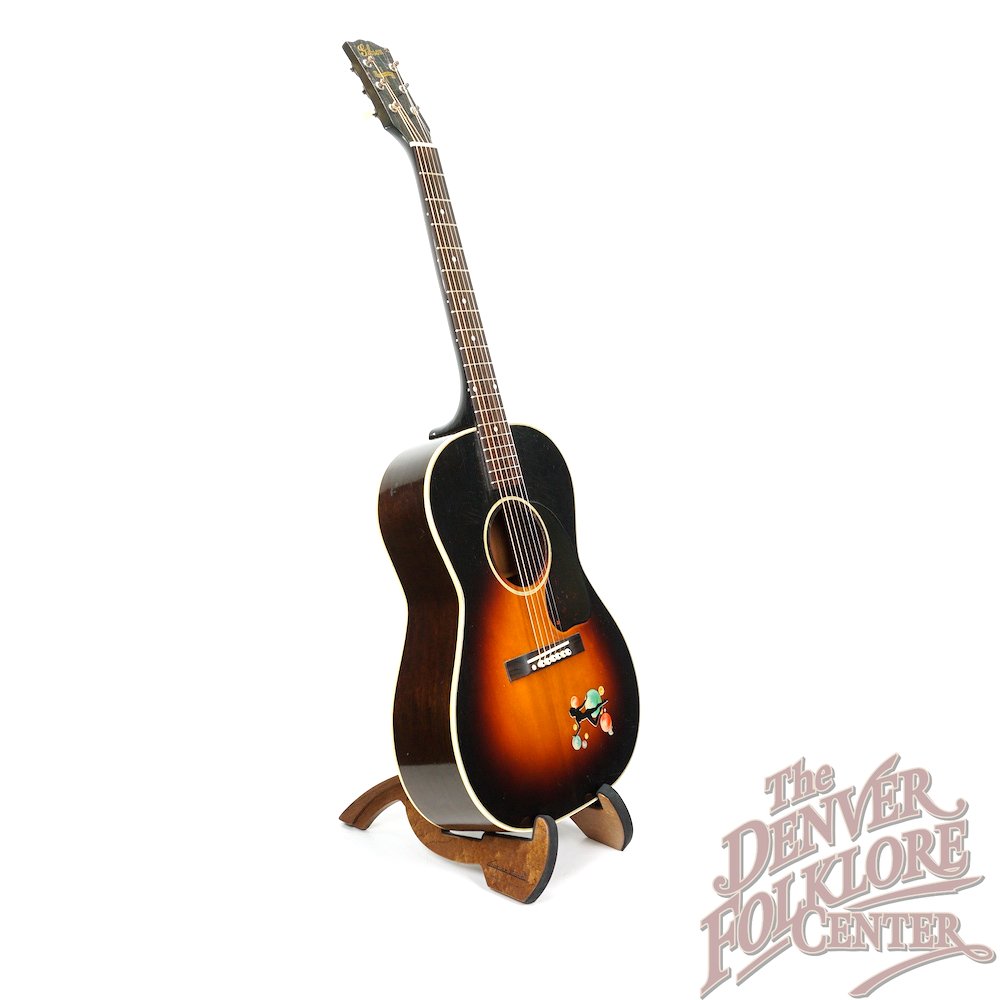 All of us here at the Denver Folklore Center are suckers for classic Gibson guitars, and this 1944 LG-2 is a real beauty with a rich, open sound to boot. Constructed during a time when Gibson's Kalamazoo factory was almost completely staffed by women because nearly all fighting age men had been conscripted for the war effort, this guitar is not just vintage, but an incredible piece of American history from a dramatic inflection point in the saga of our nation. The guitar can be easily dated thanks to its "Banner" headstock, a design on the overlay that Gibson only used during the war years and gives the guitar an very distinctive look. This particular instrument also has a sticker of a stylized dancing girl on the lower bout that appears to not be much younger than the instrument itself.

But beyond the instrument's cosmetic appeal and its historical significance, this LG-2 simply plays like a dream, with a throaty, classically Gibson sound that has opened up wonderfully over the last 75 years. The mid-sized shape of the LG-2 lends itself to applications in both fingerstyle as well as flatpicking, and the action and left-hand feel are both quite nice. Condition-wise, the wear is fairly consistent with a war era guitar, although the crazing on the headstock is more apparent than on the body, to the point where the finish on the headstock has chipped away in some places. Scuffing is most noticeable on the back, with very little in the way of pickguard dings on the top. There are also a few minor dents around the lower bout, and some scuffing on the sides of the neck, especially around the 10th fret, usually nearby some amount of finish wear. Nonetheless, we consider this guitar to be in very good condition for one of its age, and the playability is exceptionally good. This instrument comes with the original chipboard case.