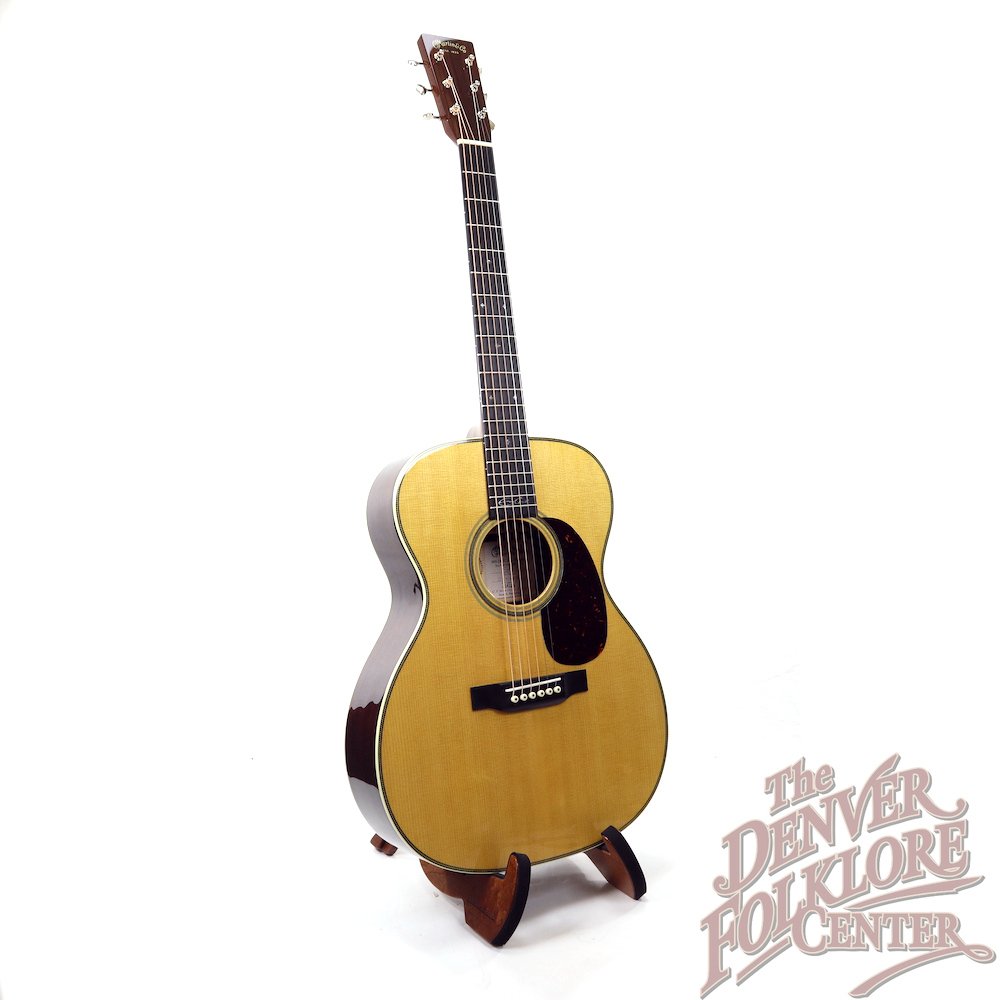 One of the best new guitars we've had from Martin in recent memory, the 000-28EC is the Eric Clapton Signature model, designed after the 000-28 he played during his iconic MTV Unplugged performance in 1992, which solidified his standing as one of the greatest living guitarists as well as introduced him to a new generation of listeners. It's a beautiful, impeccably voiced instrument with singing sustain uncommon on the shorter scale 000 size, making it the perfect fingerpicker's instrument. It also features herringbone purfling and a herringbone rosette, which set it aside from a stock 000-28, and also indicate that the bracing on the inside has been hand-scalloped, lending the guitar atypical sweetness and volume more reminiscent of an OM-28. Visually, the 000-28EC also features the diamonds and squares inlay in mother of pearl on the fretboard, as well as Clapton's signature at the 20th fret (also in mother of pearl). All told, this is an excellent, lively guitar for players who love the classic Martin voice but want something slightly more boutique and responsive. Included in the price is an excellent Martin hard-shell case.