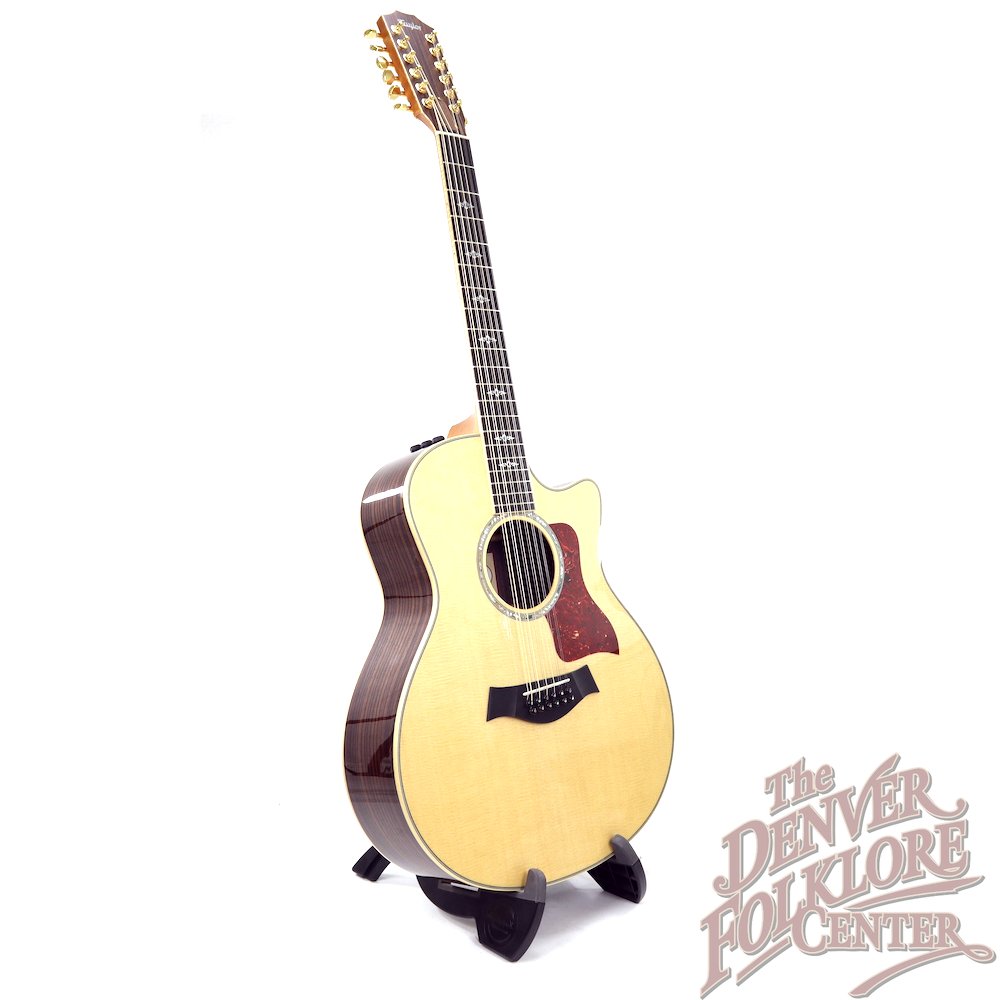 This wonderful Taylor 856ce was built to commemorate Taylor Guitars' 40th Anniversary, and was one of several 800-series models special to 2014. It's one of the most pristine and balanced 12-string guitars you will ever play, with open position chords that seem to truly glow as you shift them up and down the fretboard. As a Grand Symphony-sized guitar, it's one of Taylor's larger body shapes, falling just short of a jumbo, but with much of the carrying power and bass response of a dreadnaught. The top is Sitka spruce, with East Indian rosewood on the back and sides, and it sports a number of beautiful appointments including an abalone rosette, maple binding, and an inlay pattern special for Taylor's 40th Anniversary models. It also features Taylor's Expression II system, for an incredibly accurate amplified portrayal of the guitar's acoustic sound.

This guitar has had one owner and shows virtually no signs of playwear, retaining much of the look, feel and sound of a brand new instrument. We consider it to be in excellent condition. Included in the price is the original hard shell case.