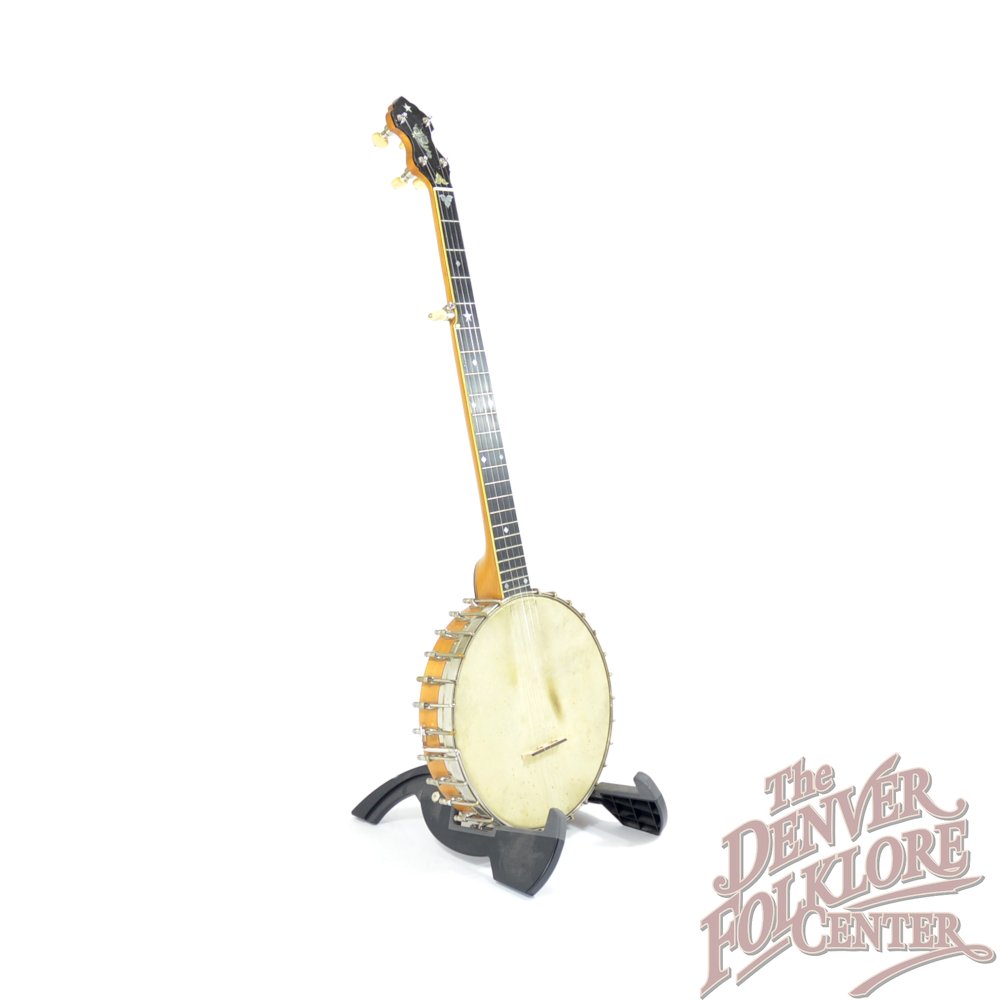 What a fine example of an early 20th century banjo. This was made by A.C. Fairbanks in 1902 and features a Whyte Laydie tone ring (made before it was named the Whyte Laydie!) The fretboard, peghead overlay and heelcap were all originally ebonized hardwood. Over time, the dying technique used in 1902 causes the wood to decompose. The fretboard is now ebony with new grained ivoroid binding. The first fret inlay was from the original fretboard. all the other inlays were replaced and engraved by master inlay artist Kevin Enoch. The peghead overlay and heel cap were replaced with maple dyed to resemble the color of the early ebonized wood. The gryphon and the trefoil inlays are original, with the replaced star being engraved by Kevin Enoch. All of the parts on the rim are original with the exception of 2 shoes, the calf skin head, and the bridge. The replacement shoes were cast from the mold made from an original one. The tuners have also been replaced with planetaries with grained ivoroid buttons. This includes a newer hard shell case, along with a blue Boulder gig bag for easy traveling.