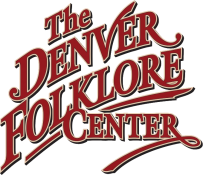 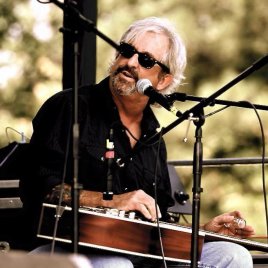 Bret Billings is a musician who has played locally and regionally in Colorado since 1977 with the Desperados, Kenny Brent and the Texas Express, Briar Rose, the Red Eye Band and Halden Wofford and the Hi*Beams. He’s also been teaching harmonica throughout most of his career. But it was about twelve years ago that Clay Kirkland (a long-time harmonica teacher at Swallow Hill Music) approached him to be a sub for his classes. “I did that for about two years, then Swallow Hill approached me to teach my own classes. They also knew I played dobro, so I’ve taught both this whole time.”

He began playing music at nine years old when his mom gave him a guitar. He took group classes and later private lessons. In his tweens he “got into classical guitar and took lessons for two years (in Westminster – Bret is a Colorado Native). Then I started taking electric guitar lessons and the teacher (Colorado legend “Uncle” Dick Meis) was a pedal steel guitar player, so that’s how I discovered pedal steel.” After that he “basically bailed on the classical guitar” and focused on the pedal steel guitar and country music, much to his mother’s dismay (she was hoping for a more classical approach). After taking lessons from Meis for a year, he began self-teaching.

Bret has made a living playing music since he was 19 years old - “mostly club work”. He became intrigued with the harmonica while playing in a band in the early ‘80s. The front man in the band played and Bret became fascinated by the sound. “My style tends to lean more toward country music and bluegrass on the harmonica.” He’s self-taught on the harmonica.

Like most teachers, Bret encourages new players to take lessons. “I think it’s valuable to have a teacher early on. Unless you are a very special person that just get things when you pick them up, it’s valuable to have someone show you the basics and help you pick up good habits. Part of that is based on my experience of having a few really good teachers early.” And he primarily teaches through Swallow Hill Music. “It’s been an interesting journey. I taught privately via Zoom after they shut down (due to Covid) last year. They just opened back up and I’m teaching Tuesday nights there. I primarily teach harmonica, but they canceled those classes due to the mask mandate – you can’t teach or play harmonica through a mask.” Bret is offering dobro, bottle-neck slide class and a pedal steel guitar series of lessons. “I’m doing in-person teaching and prefer it. I’ll continue to do that for the moment.”

While he loves all his students, but what really inspires him is “that odd student that gets it. Some of the students take a couple of classes and they’re done, and I understand. But it’s the ones who stick with it and get that spark, that kind of get it, they’re a lot of fun. It’s fun to see someone make progress. It’s the same feeling I got when I continued to learn. I appreciate when other people get that feeling. It’s rewarding.”

Bret invites everyone to “come out and see me play! One thing you should know is I have a ton of experience. I’ve played every kind of gig imaginable in the country and blues world. I try to post gigs on Facebook, so follow me.” He plays with several bands including West Hwy 7, who play outlaw country western and The Wrecklunds, a jam grass band.

If you’d like to contact Bret text him at 720-272-4151. You can also reach him by email at bbillings7@comcast.net and FB messaging.